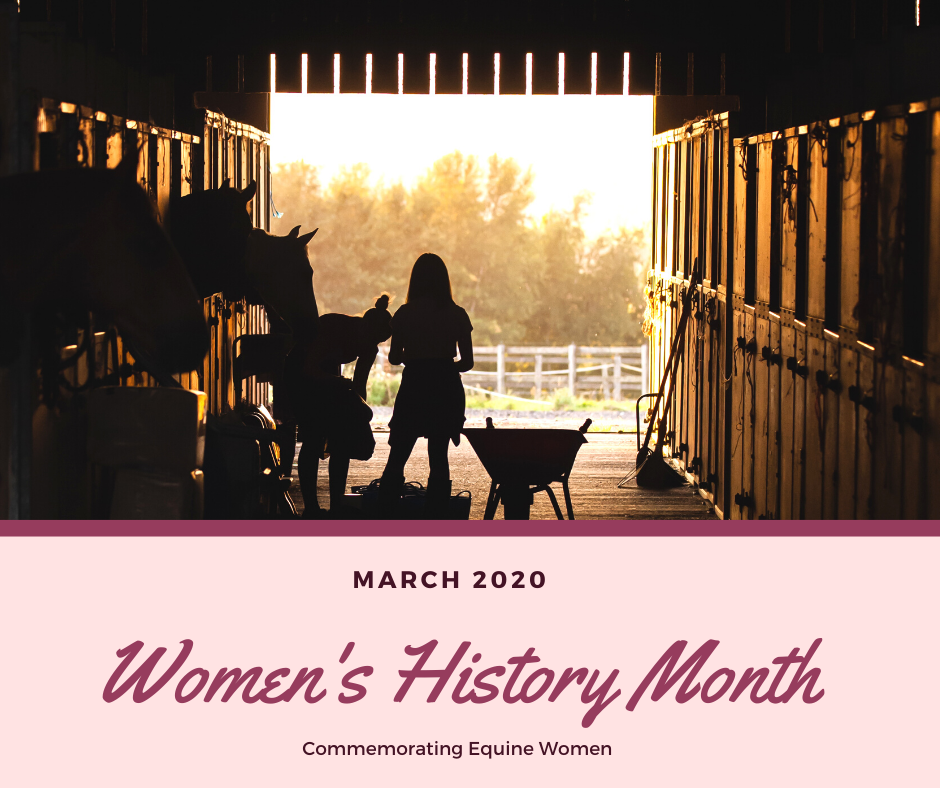 March is Women’s History Month, a celebration of the vital role that women have played in American History.  We thought we would recognize some of the hard-working and dedicated women of the equine world.

Temple has offered insight into the way horses think and behave.  A Ph.D. in Animal Science, Temple has used her autism to change the way we treat and manage animals.  She used her experience with horses growing up to deal with bullying and to teach her to interact with others.  It helped her lay the groundwork for her 40-year career at Colorado State University, working on animal welfare issues and autism.  In 2010 she was listed in Time 100’s list of the world’s most influential people.

One of the most well-known barrel racers of all time.  Charmayne qualified for the National Finals Rodeo for 19 years in a row after first winning a National Championship at the age of 14.   She was the first competitor ever to win a million dollars through barrel racing competition.  If that were not enough, she has won more individual world championships than any other woman competing in professional sports.

From our own New York.  Beezie was born in Milwaukee, WI but currently resides in Cazenovia, NY.  She has 4 Olympic medals and has won the FEI Jumping World Cup twice.  She was the first American to be in the International Show Jumping rankings and the first woman to win over a million dollars in showjumping prize money.

Liz is not an American woman, but she was accomplished and broke ground for many women after her.  She was the first woman to be part of an Olympic Equestrian Team, the first woman to earn a gold medal and the first Olympic level equestrian to medal despite a physical disability (she developed polio as an adult).  She qualified to contend in the Olympics in 1948, but women were not allowed.  In 1952 they lifted the ban on women participating in the Olympics.  She competed despite that she could not mount her horse without assistance as she remained paralyzed from the knee down for the rest of her life.  She won the Silver medal for Denmark.